A far more common sight than it really ought to be.

Motorcycling has a problem. I’m not sure if it’s historic, or indifference, or simply acceptance that this is how things are, but when it comes to fuel efficiency, motorcycles are just terrible. In a world where many small cars can now achieve 60 miles per gallon (UK) in real-world day-to-day driving, how is 45mpg “pretty good” for a tiny, super-light, low-powered motorcycle? Or perhaps I’ve got it all wrong and the problem isn’t with the machines, but with the squishy bit holding on to the handlebars?

Many bikers don’t pay any attention to how much fuel their bike uses. Neither do most car drivers to be fair, although most cars now come standard with (mostly hopelessly inaccurate) MPG readouts in the dashboard, and if you had to pay £80 to fill the tank every week you’d probably pay more attention too. Until very recently, most manufacturers wouldn’t quote expected fuel consumption numbers, with every question I asked from every dealer about every bike being answered with a shrug followed by “about 45mpg”. 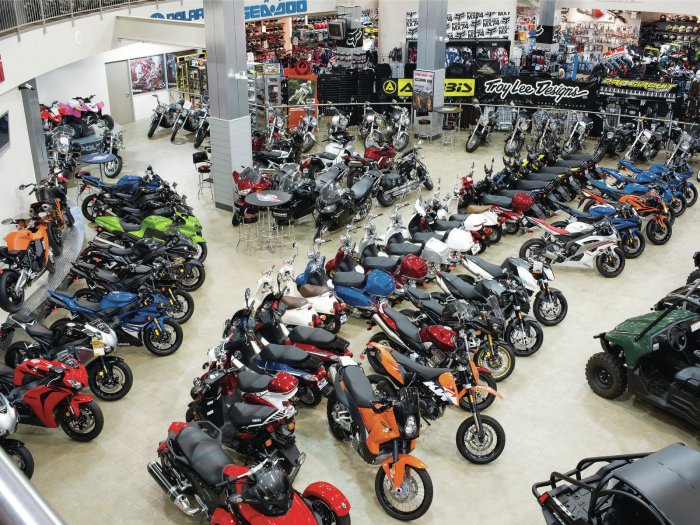 They also couldn’t seem to understand why I cared. No-one besides me, it seems, ever asked. I suppose if your CBR1000RR spends most of it’s life in the garage and only gets fuelled up twice a year when the weather is just right then I sort of understand – at that point would paying £25 or £15 for 150 miles of riding sway your decision when choosing between two bikes? I can’t be the only person clocking 25,000 miles a year – at that point the extra fuel costs really do add up.

Where I get really wound up is that even people who should care don’t. Touring riders, who do as many miles as me don’t seem to care that they’re paying as much per mile in petrol as someone in a diesel van. In many cases the performance isn’t much better, so it’s not like the money is being burnt elsewhere on the spec sheet. Hard-core commuters and couriers deliberately choose bikes known to be frugal, and averaging 60mpg on a Honda Deauville seems pretty good until you remember that the thing only makes 65bhp. Most cars that make that little power get just as good fuel economy, and they weigh almost a tonne. So why on earth can’t bikes do better? 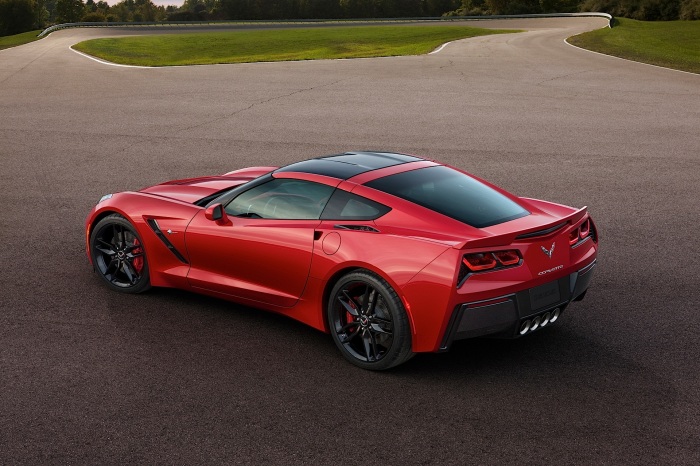 A C7 Corvette can reportedly achieve a genuine 30mpg, something some sportsbikes would struggle to match.

It’s true that they’re not as aerodynamic, and that development has been driven by performance, not economy or efficiency. By and large the motorcycle world is the equivalent of everyone driving around in Lamborghinis and Ferraris. Impractical, expensive to buy, service and maintain, and thirsty as hell. But even our econoboxes – the 125cc learner bikes that can, in some cases, get a full 130mpg still fall short of my expectations. My PCX would max out at 60mph because it only made 11 horsepower, a fraction of even the slowest base-model city cars, which weigh eight times as much while using only twice as much fuel. Why wasn’t I getting 200, or even 300mpg?

I’m familiar with the concepts of thermal efficiency and friction losses as they pertain to engine design, the shortened version being you definitely get more bang-per-buck with a large multi-cylinder engine spinning at a lower speed making the same power than a tiny one whizzing around trying to keep up. And as soon as we start talking about air-cooled engines or carburetted ones, well, it’s like they’re not even trying. Harley Davidson‘s whole line-up is big, slow turning engines, and yet they’re ancient designs mean they drink as much fuel as a high-revving 600cc inline-four. I just don’t get it.

Ironically I think motorcycling shares a lot with the North American pickup truck market. These behemoths get such terrible fuel economy that no-one makes or sells them outside their home market. If you’ve never seen them in person, don’t go confusing them with the odd Toyota or Mitsubishi truck you see driving around the UK – our pickup trucks are toys by comparison. Back in the US they’ve suddenly made huge gains in economy, all thanks to the fact that for the first time ever they’re being subject to fuel economy standards. And sure enough, with very little effort they’ve been able to get 20mpg trucks up to 30mpg – a 50% improvement – in just a few short years.

As aerodynamic as a brick wall, but new regulations have improved fuel economy by 50% in recent years.

Cars did the same thing in Europe when the tax bands changed to CO2 ratings. Suddenly thirsty cars cost a lot more to tax, not just to fuel, and other pending legislation has got manufacturers desperately finding ways to squeeze more energy out of every drop of unleaded. When all these rules were proposed many complained that this would kill off anything more powerful than a milk float, and yet here we are with a healthy choice of sportscars making more power than we’ve ever had. Sure, the “official” figures are frequently little more than fantasy, but you’d be astonished how little petrol a modern BMW or Audi uses whilst simultaneously offering mid-90’s supercar levels of performance.

And it has to be said, I’m the last person in the world to ask for government legislation. The very idea sets my teeth on edge. But the only other thing that would force manufacturers to spend a little bit of their R&D budgets improving the efficiency of their vehicles instead of frankly scary power numbers would be customer demand. If we all stopped buying 200bhp sportsbikes and 160mph tourers, the market would react and provide us with more efficient options. Right now, there’s just no incentive. 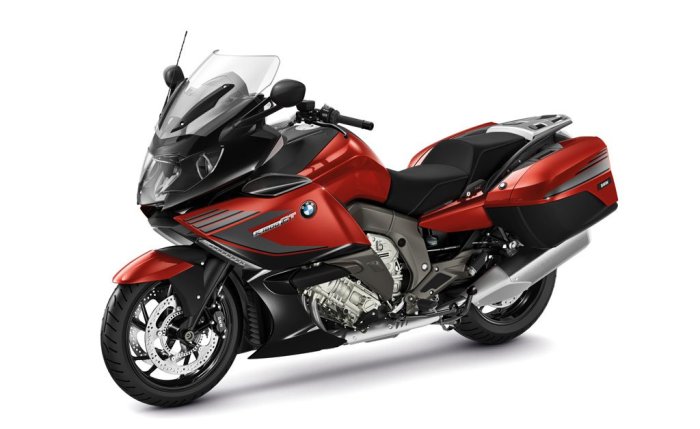 Yes, of course I want one. But it shouldn’t need a 26 litre tank to manage a decent fuel range.

BMW have always been better than others, even going so far as to be the first manufacturer (that I am aware of) to implement automatic fuel cutoff on their very first K-series bikes back in the 1980’s. This technique in fuel-injected has the side effect of making on/off throttle transitions somewhat snatchy, but means that on deceleration, no fuel is used at all. Their F800-series bikes seem to be averaging 65mpg on Fuelly, and that’s from a 210kg fully-faired tourer, with luggage and 90bhp. Honda’s NC-series bikes are amazingly efficient, and despite both the traditional motorcycling press on both sides of the atlantic scoffing at the little twin they’re selling well everywhere I look.

And so, I’m forced to conclude that we have no-one to blame but ourselves. We don’t want politicians to enforce stricter fuel economy standards for bikes and instead cheer on (admittedly impressive and very cool) supercharged sportsbikes and high-revving, six-cylinder touring bikes that burn more fuel than a Corvette. We compete to see who can buy the fastest, most powerful Adventure-Tourer and make fun of people on 125cc Scooters. Can we really blame Suzuki, Ducati, Harley-Davidson and the rest for not making more of an effort?

Sure, a little more power would be fun every now and again. But a 300 mile tank range is pretty nice too…