The title’s a little dramatic, perhaps, but then it was a dramatic crash.

Filtering along stationary traffic after work one day, no traffic coming the other way, 10-15mph, carefully watching the line of cars ahead for hints of gaps or turning wheels that might signal calamity. Up ahead, a gap – possibly a junction. I begin rolling off the throttle, just in case a cautious driver pokes their nose out to see if they can roll out safely without knocking over a motorcyclist.

Instead, a Peugeot 206 shoots right out at speed. I barely have time to get on the brakes before the crushing impact, throwing me over the handlebars. I remember thinking: “this is gonna hurt”.

I ended up on my back lying next to the bike. A jogger ran right over and tried to stop me getting up, best interests at heart, worried about spinal injuries. I was fine, of course – Hein Gericke and Shoei are very good at what they do – but my bike was toast. I’d never seen a front wheel shatter before, but I had seen destroyed fairing, cracked forks and bent radiators. Lying there, bleeding green coolant all over the floor, I knew it was done for.

You shall be missed…

I’ll spare you the details of the endless paperwork, the interview with the very helpful police (who were pretty shocked that the offending driver a) didn’t look before pulling out and b) left the scene before they arrived…!), but just one month later I picked up a brand new 2013 Triumph Street Triple R in shiny metallic white, the twisted metal corpse of my 3-year old, 33k-mile Bandit dragged away to its final resting place at the scrap yard.

So how did I arrive at the Triumph? It’s certainly not a direct replacement for the Bandit – no hard luggage, no fairing, no heated grips, no good at all for pillions…what on earth was I thinking?

Well, it all comes down to what you need. My bikes have always been sport-touring machines, and I’ve always been a little jealous of my brother’s bikes – he’s gone for sports bikes of one flavour or another every time, and all of them have been far, far more fun to ride than mine. Not as comfortable, or practical, or frugal, mind – but even so, I felt like I wanted to try something a little different. I wanted to feel like I wasn’t missing out for once.

My transportation needs have changed in three years as well. I’ve given in and added a car to the stable (Suzuki Swift Sport, natch) which means that when the mercury drops below 0 and there’s genuinely ice on the roads I can switch to something with winter tyres that I can slide around corners without scraping hard parts. I’d still rather be on the bike for preference, but -13C at 70mph for two hours…I don’t have to do that anymore.

Sometimes four wheels can be good.

I also wanted something with a lot less weight. I’m glad that I’ve had the experience of living with 250kg+, and am relatively confident that I could now ride damn near anything (someone lend me a Gold Wing and let’s go!) but I also wanted something that didn’t have to haul all that weight to a stop every time I came to the lights, only to burn all that extra fuel just to get its lardy carcass moving again. Inefficient!

I briefly considered Kawasaki’s Z1000SX for my sportier-touring fix, but by the time you’re done adding the luggage (otherwise what’s the point in that bike?) you’re looking at around £11k. Same for the Ducati HyperStrada, which also has the problem of a 90-mile tank range. And neither of them are actually that light – the Kawasaki is a full VFR-ish 230kg.

On the other side of the coin, we have the delicious KTM Duke 690. The standard bike is great value, weighs nothing, and the power:weight ratio is still better than the Bandit (see an upcoming article for more on this!). But I didn’t want to have to start modifying the thing the moment I got it, so I’d be looking at the R version – a bike should be complete from the factory, not need me to start replacing bits as soon as I get home! Yet unfortunately, the ‘R’ model Duke rather destroys the low price factor that makes putting up with a 70bhp single cylinder palatable.

Rosa helped me list every single bike available in the UK, and we spent several hours cutting manufacturers, then models, until we ended up with the shortlist. And eventually it came down to the Triumph, the MV Agusta Brutale 675 and the Yamaha MT09. Problem is, I hate how the MT09 looks, it has rubber brake hoses (why?! braided steel is not that expensive!) and apparently needs new forks right out of the gate for decent handling. I can’t verify any of these claims, because test rides weren’t available in time for my deadline: the expiry of Triumph’s 0% finance offer at the end of September. 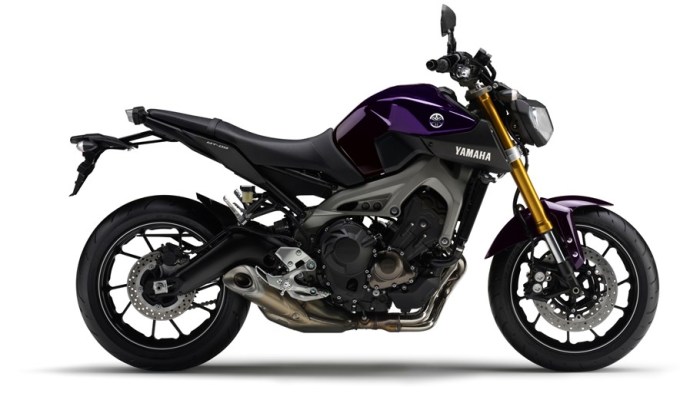 MV wrote themselves out of the shortlist simply because the nearest dealer was several hours away. For someone who does as many miles as I do, and relies upon their bike for every-day transport, that’s no good. I understand that this is something MV are looking to solve, but for now my choice was clear. Triumph has 3 dealers within 30 minutes ride of my house, so…yeah. 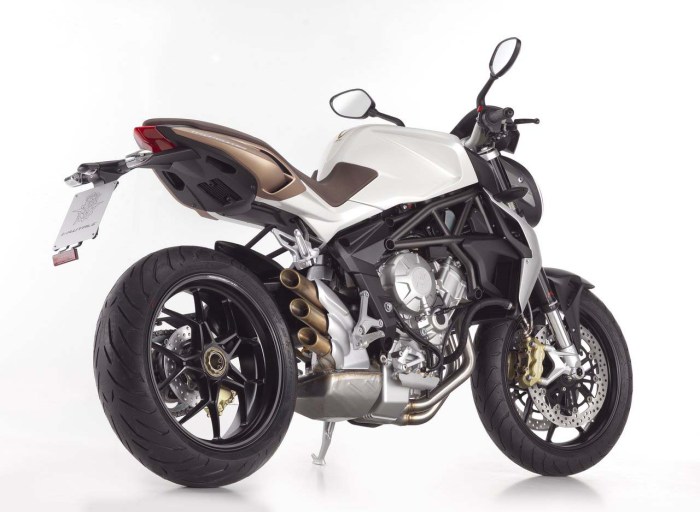 The test ride was…exciting. The suspension on the stock Triple (no R’s available for test rides, sadly) was pretty poor – very jarring over even minor bumps in the road – and the brakes were OK, but nothing spectacular. Handling was difficult to truly test; I was still nervous from my accident and the roads were cold and greasy. But I gleaned enough, and the reviews have always been clear on the subject of the Street Triple – it’s supposedly one of the best-handling bikes you can buy.

Option F it is!

The rest, as they say, was…more paperwork. The 500-mile run-in seemed to take forever, and now the weather has turned cold and wet, limiting fun rides on weekends. I’ve already broken my own rule and replaced the headlight bulbs (awful, just awful Triumph!), and it took several weeks of tweaking to get the suspension right (more on this to follow!).

But on a dry day, with little traffic, so far at least it’s an absolute blast!