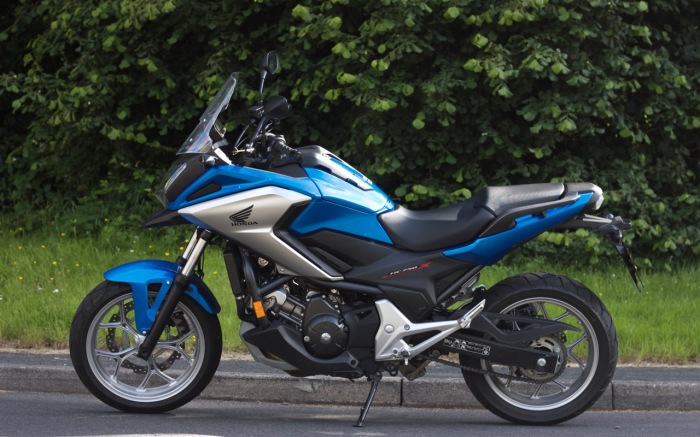 Nothing much has changed mechanically, but styling overhaul is an absolute triumph.

It’s been a while since I’ve ridden anything new, and that’s because I haven’t really been shopping. But the world’s motorcycle manufacturers won’t stop releasing new bikes, and while I now have my Triumph Street Triple R and Suzuki V-Strom 650 set up just the way I like them, I’m always half-heartedly scoping out potential replacements or additions to the garage. And with Honda’s newly-restyled 750cc twin catching my eye I decided to take a closer look.

Long-time readers will recall that I rode this bike’s predecessor, the NC700X, back when it first launched in the UK. There have been several minor changes since then, not least the engine growing 50cc and 7 horsepower. But this year Honda dramatically restyled the whole 750 lineup, eschewing much of the chunky black plastic in favour of gorgeous metallic paint, with stiffer forks and full LED lighting topping the list of functional updates. 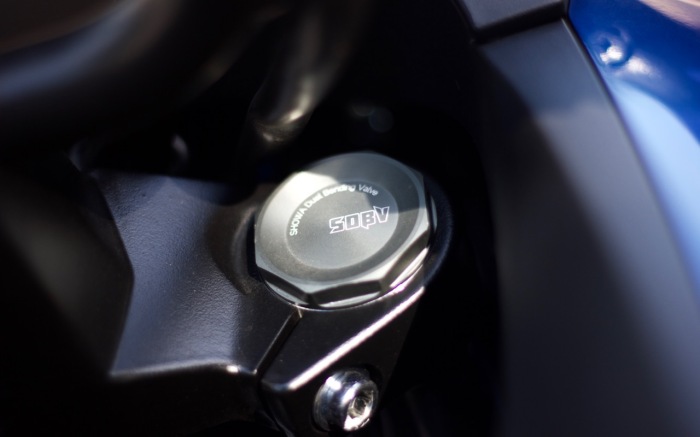 Despite this, on paper the NC remains a cheap, boring motorcycle. 230kg in DCT flavour, the 750cc 270-degree parallel twin manages a peak output of just 54bhp, and a single, lonely two-pot sliding brake caliper tasked with stopping the whole thing. The frame is a low-tech steel-tube cradle, the swingarm a similarly basic extruded steel girder, and a low 6,500 RPM redline completes the apparent picture of sporting-motorcycle antithesis.

And the fact is, the original execution of this concept resulted in a bike rather like a toaster. It did exactly what it said on the tin, competently, efficiently, and with zero chance of raising your pulse. Plenty of people bought them, loving their easy 70-80mpg fuel economy and ridiculously low running costs, with screw-and-locknut valve adjustments and easily-accessible engine making servicing a cinch. 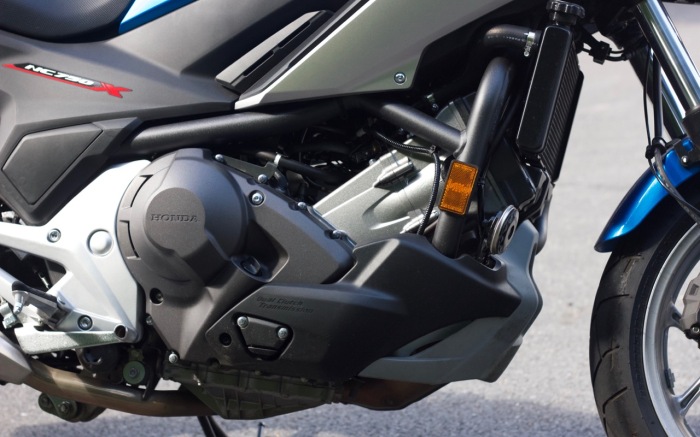 So why on earth did this mildly updated model catch my eye? Well, aside from the fact that I think Honda’s styling team did a fantastic job, lots of subtle little changes have added up to make a big difference. For one thing, that small power boost actually represents a 16% increase over the original. For another, the new suspension, while not in the same league as Nitron or Öhlins, is surprisingly firm for a stock setup, and does an excellent job of making the NC feel light on its feet. 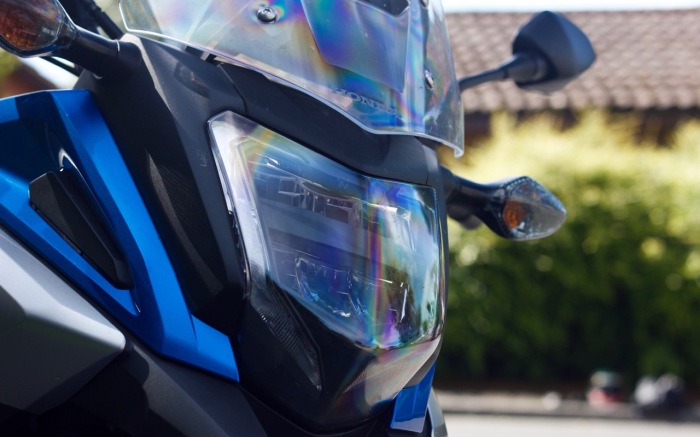 LED headlights. On a £7k motorcycle. Since when are ‘budget’ bikes specced this nicely?!

And then there’s the gearbox. Yes, you could buy the original NC700 with Honda’s optional double-clutch engineering marvel. And yes, you can conversely choose to purchase your new NC750 with a manual transmission instead and receive a bike that is 10kg lighter and leave your wallet £400 heavier. But this double-clutch automatic gearbox is a world away from the sluggish prototype we saw back in 2012. 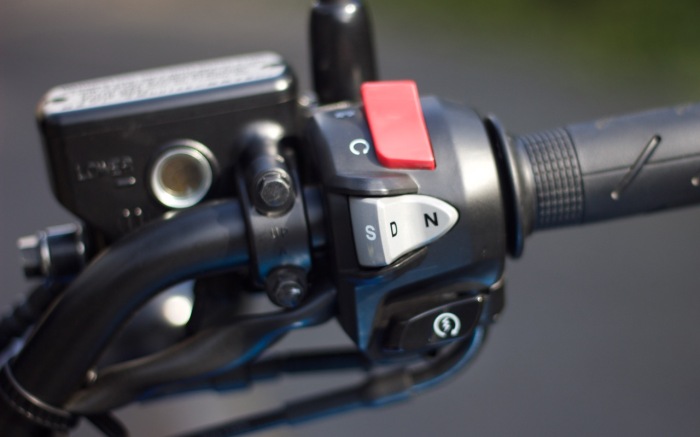 Like the rest of the bike, the switchgear feels high quality. D is for Drive, S is for Sport.

A frequent complaint of the manually equipped NC series is owners accidentally running into the rev limiter, even during normal riding. With the automatic gearbox swapping cogs in fractions of a second with or without user input you never have this problem, and the new Sport mode is happy to hold each gear until the bitter end. Every stoplight becomes an excuse for a full-throttle drag race, the surprisingly rewarding exhaust note from the stock silencer egging you on.

The gearbox actually has four modes, Drive being the default, and Sport 1 through 3 providing progressively more aggressive shifting. For maximum contrast I stuck to Sport-3 for fun, twisty roads and then switched back to Drive for town riding, motorways etc. Riding my local twisty B-road at maximum attack back-to-back with my Street Triple, and the gearbox making the most of the 750cc’s low-end torque, I’m not sure I ever really noticed the power deficit. The Ducati Monster 1200 I overtook certainly looked suitably surprised. 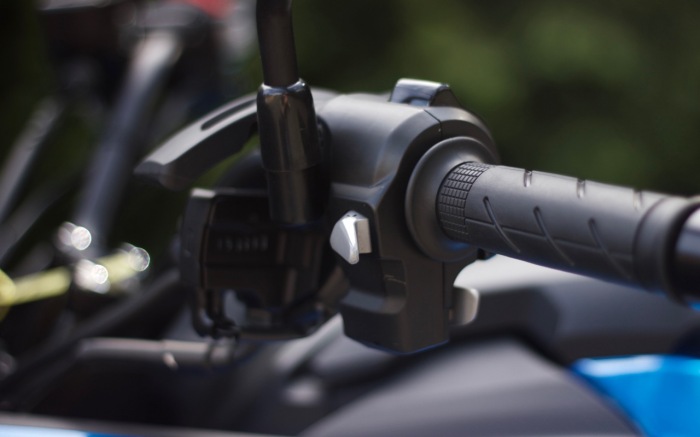 One thing to be very aware of is that in Drive, the gearbox will seemingly only shift down to avoid actually stalling the engine. This means closing the throttle to slow for a corner will result in a complete lack of engine braking, the low-compression engine and high gear combining to give the feeling of a freewheeling bicycle. Gears can be overridden at any time with thumb and forefinger switches, but the first sharp corner I encountered while in the default mode certainly took me by surprise.

This also means that, when in Drive, the gearbox stubbornly refuses to kick down, no matter what, even if you demand full throttle just off idle. I know that this sort of riding behaviour should be reserved for one of the Sport modes that will quite happily drop several gears in response to such ham-fisted inputs, but finding myself completely ignored while in Drive was still somewhat bemusing. 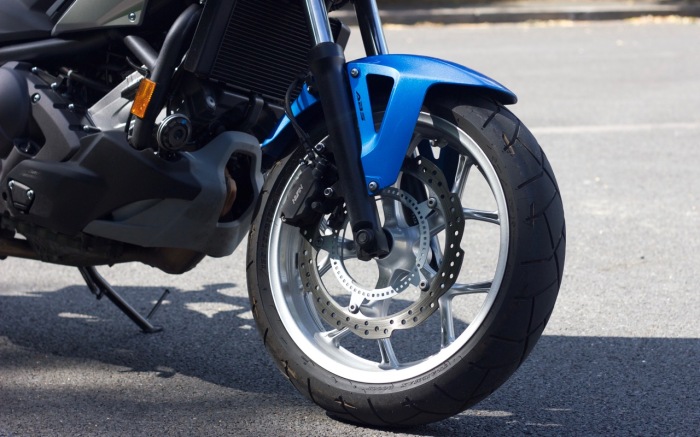 So, compared to the previous model it’s a night-and-day difference. The new model is fun and frugal (70mpg during “spirited” riding), and proves very much the less-is-more ethos that makes it so much fun to embarrass faster, more expensive bikes on apparently lesser machinery. But it’s certainly not perfect. 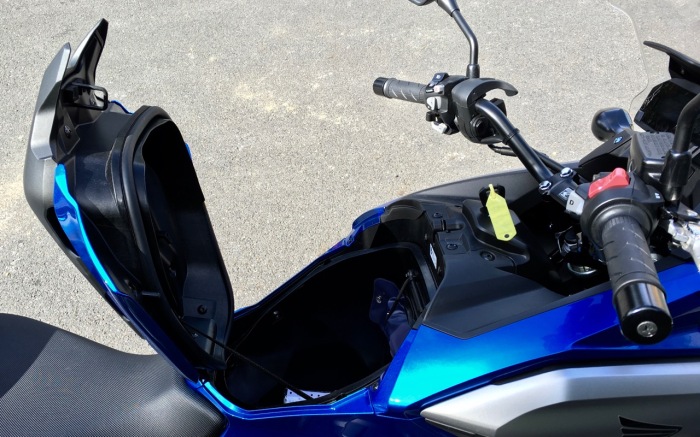 The built-in “frunk” provides waterproof, lockable storage equivalent to half an average top-box.

I applaud Honda for choosing “too firm” over “too soft” when it came to the suspension tuning. All too often “sensible” bikes are under-sprung and under-damped in order to impress buyers on a cautious test ride, then let owners down once they turn the wick up. But while the NC750X feels nicely buttoned-down when attacking a fast, smooth road, my backside quickly became numb from the battering it was receiving over bumpier tarmac, to say nothing of drain covers and potholes. 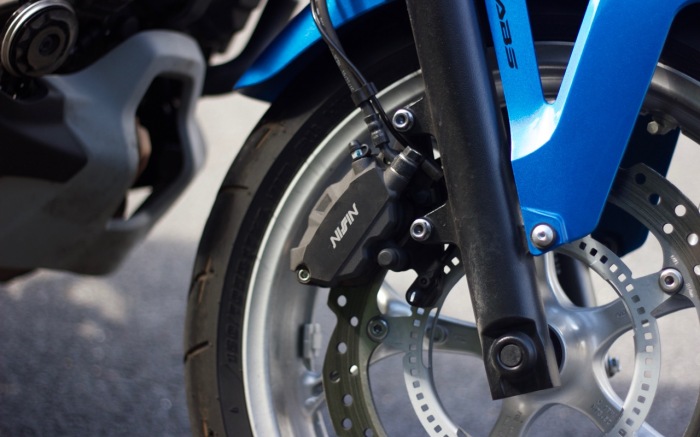 Brakes are sufficient, but ABS panics over rough surfaces due to stiff forks.

What’s more, brake hard from higher speeds over a less-than-perfect road surface and you’ll find your stopping distances alarmingly long as the ABS reacts to the forks’ inability to track the tarmac with any precision. As always, I’m aware that I’m pushing the running gear beyond its design limits, but it’s something I’d look to remedy before I found myself unexpectedly parked in the back of someone’s SUV.

I also wish that Honda had managed a nicer-looking swingarm. Extruded steel screams low budget, even if it happens to be a perfectly good engineering solution for lower-power bikes. With everything else about the NC750X now implying a retail price several thousand pounds more than the £7049 of this DCT-example, this one thing is a bit of a let-down. 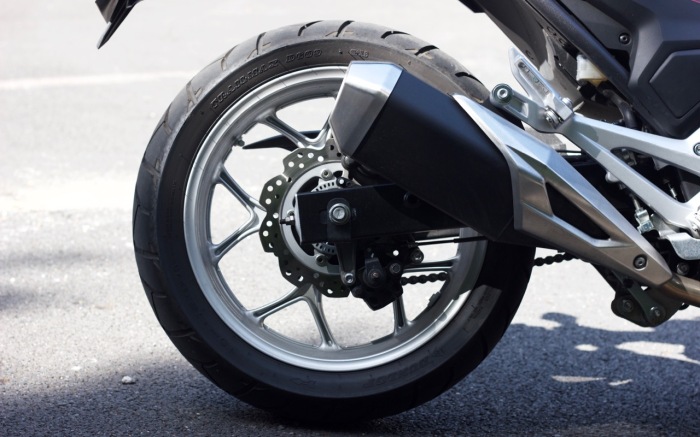 Beyond that, we really are descending into pedantic nitpicking. Yes, the stock windshield is, like on most bikes, neither here nor there; it provided too little coverage to block motorway wind, yet tall enough to push turbulence right into your helmet. Yes, handlebar-mounted switches for the dashboard would be nice, as would a temperature gauge. And yes, a practical all-round commuter like this really should come equipped with hand guards as standard. 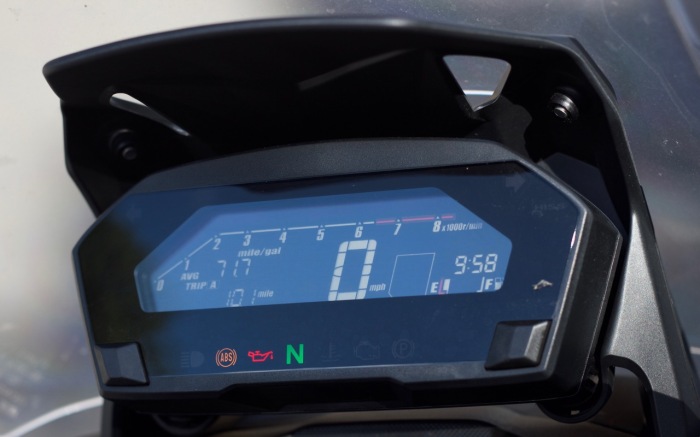 Compact digital dash is easy to read, with plenty of useful information to keep you distracted.

The seat is a little too firm, the bars could be a little further back, and having to unload a tailpack to access the under-seat fuel tank could become tiresome. The storage where the traditional fuel tank would normally be almost makes up for this, and keeping the weight low helps the bike feel far lighter than the specs suggest. If only fuel capacity were a little more generous than its meagre 14 litres, the impressive fuel economy could make for a real mile-muncher. 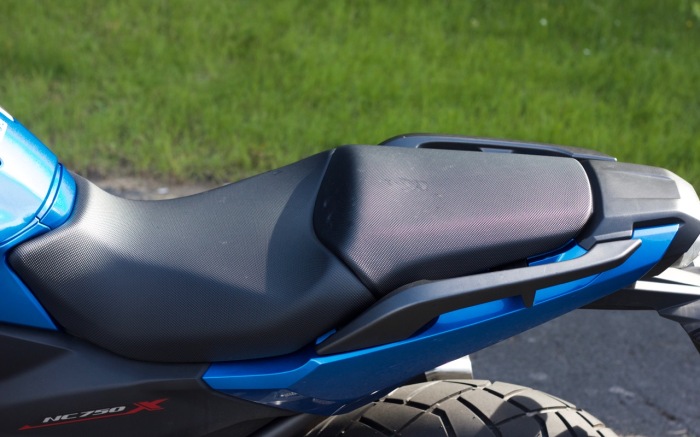 The stylish seat is a little firm, fuel filler is under the pillion seat. Integrated luggage is an option.

But honestly, that’s it. If I didn’t already have the V-Strom, or if I hadn’t already spent so much time and money turning it into a ridiculous high-riding GSX-R I might have put down a deposit this morning. Honda’s weird, low-revving, double-clutch-equipped ugly duckling has finally grown into a sure-footed, sweet-handling, sparkling blue swan. Go ride one. 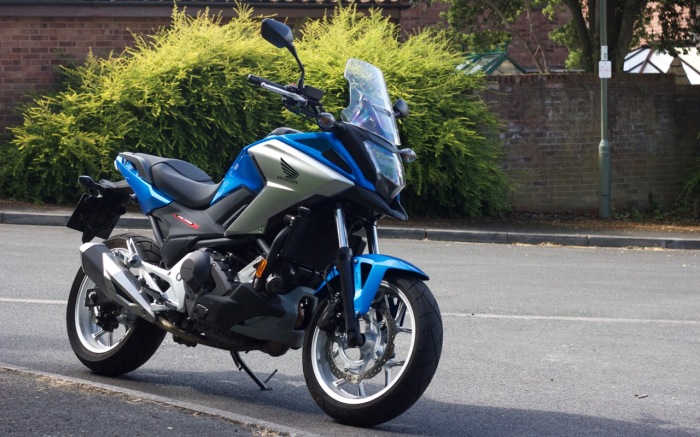